The Ten Commandments & Jesus' summary of the Law & Prophets

I hope it is the case that all Christians know that Jesus summarized the Greatest Command and the Second, which is like it, as - You shall love the LORD your God  and You shall love your neighbor.

Many Christians, though, may not realize these two summary commands are not from the Ten Commandments.

The Ten Commandments are found in two nearly identical lists found in Exodus 20 and Deuteronomy 5.

The Greatest Commandments that Jesus lists though, derive from the Shema found Deuteronomy 6:4-5 and a specific command found in a larger list of commands in Leviticus 19:18. 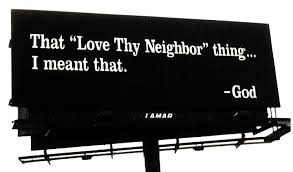 These facts are well known to anyone who has taken the time to study the statements of Jesus.

Having noted these facts, it would be good for Christians to recognize that the themes about God and Neighbor are clearly part of the Ten Commandments.

The provisions of the first several commandments begin with a call to honor and recognize the LORD-God by not having other gods and by honoring the LORD's name!

And, one should not miss that the provisions at the end of the commandments are not just about "coveting" someone's belongings.  They are provisions of protection from coveting the property and possessions and life of one's neighbor!