I don't believe in that God either!

A former student in a longer blog entry of his own shared a quote from N.T. Wright that struck me as one I want to remember.  Thanks to Kevin Nye's post!


For seven years I was College Chaplain and Worcester College, Oxford.  Each year I used to see the first year undergraduates individually for a few minutes, to welcome them to the college and make a first acquaintance.  Most were happy to meet me; but many commented, often with slight embarrassment, “You won’t be seeing much of me; you see, I don’t believe in god.”

I developed stock response: “Oh, that’s interesting; which god is it you don’t believe in?”  This used to surprise them; they mostly regarded the word “God” as a univocal, always meaning the same thing.  So they would stumble out a few phrases about the god they said they did not believe in: a being who lived up the in the sky, looking down disapprovingly at the world, occasionally “intervening” to do miracles, sending bad people to hell while allowing good people to share his heaven. 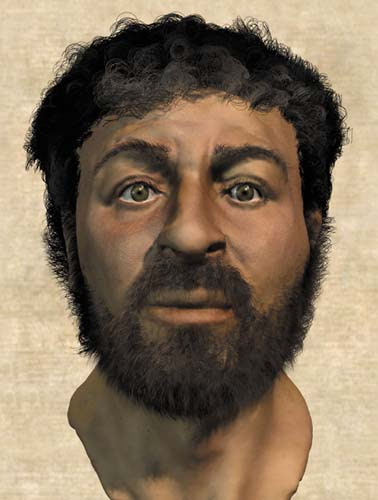 At this point the undergraduate would look startled.  Then, perhaps, a faint look of recognition; it was sometimes rumored that half the college chaplains at Oxford were atheists.  “No,” I would say; “I believe in the god I see revealed in Jesus of Nazareth.”


If the image of Jesus looks new to you, consider this link which explores forensic science to the "real" image of Jesus.  A curious thing to reconsider how "this" Jesus doesn't look like the Jesus of our imagination, having been shaped by images we've seen in churches and the like.

While I've read (but not followed) complaints about Mark Driscoll - Victoria Emily Jones presents a quickly readable set of links on the "human" issues of Jesus re-used from Driscoll - at this link.http://thejesusquestion.org/2013/06/02/vintage-jesus-part-2-how-human-was-jesus/